Born in Billingham Teesside in nineteen sixty, one of eight siblings, five brothers and three sisters. Sadly our sister Josephine died in infancy. I attended school in Billingham, where I developed a passion for sports and art, which continued until my early twenties. I became involved in the folk scene in the mid 1970`s and along with my siblings, The Wilson Family, frequented folk clubs and festivals throughout Great Britain and Europe, producing several albums on the way. Due to this and my work and family commitments art work took a back seat at this point.

I have thoroughly enjoyed being part of the folk scene for the past forty years, both within the family group and also as a solo performer. During that time I/we have performed at The Royal Albert Hall in 2011 as part of the BBC Proms. We have also worked and performed with Sting on "The Last Ship" project, which included a trip to New York to launch the CD and perform at eleven shows at the Public Theatre.

In 2017 The Wilson Family were awarded the prestigious English Folk Dance and Song Society`s Gold Badge for services to the folk scene. In 2017 I also released an album named "Here`s a Health to the Company" with my close friend and collaberator Jim McFarland, whom I had been singing with since 2013. I have released 2 solo albums, the first being "Not Before Time" in 2007, in 2018 I released my CD "Portraits" which has been well received, with great reviews. 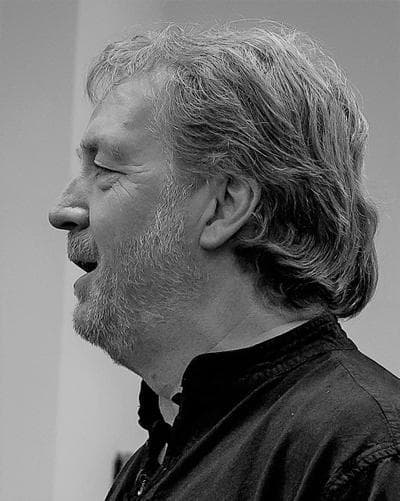 In 2012 I began to have health problems, which resulted in me having a pacemaker fitted in 2013. However, my health continued to deteriorate, resulting in my having to spend some time on sick leave from work. A further operation in 2018 has led to an improvement in my health.

It was during this period that I began to sketch again after thirty five years. At first, drawing family members, then portraits of people on the folk scene. I have carried on doing this, and have now started to sketch a wide range of subjects, including specific comissions, all of which have been very well received. Most of my past and future artwork can be found on this site and is available to purchase. 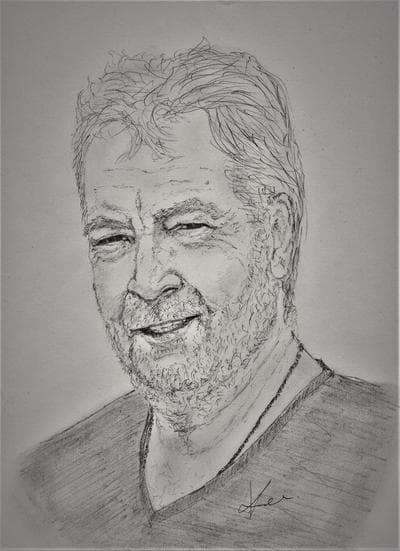